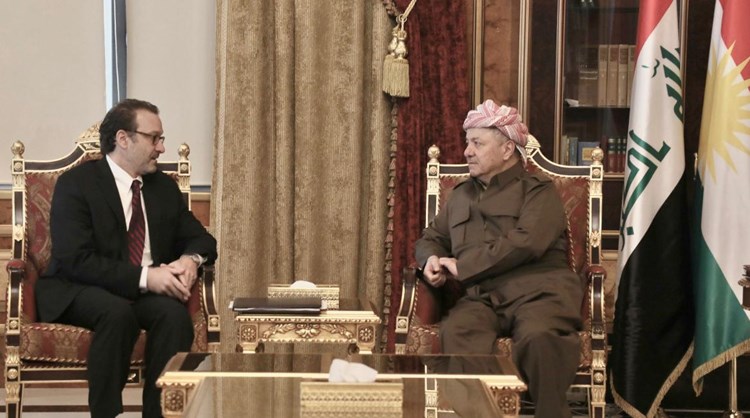 Salahadin, Kurdistan Region of Iraq, (Barzani Headquarters)- President Masoud Barzani received a United States government delegation headed by David Schenker, Assistant Secretary of Near Eastern Affairs at the Department of State. The meeting was also attended by Steve Fagin, the U.S. Consul General in Erbil. During the meeting, President Barzani and Assitant Secretary Schenker discussed the latest developments in Iraq and their impact on the Kurdistan Region.

Mr. Schenker expressed the United States' continued position of support for the stability and prosperity of Iraq. Furthermore, he stated his government's appreciation to President Barzani for his recent stances in pursuit of peace in the region.

President Barzani emphasized the importance of continuing the status quo insofar as the presence of the U.S.-led coalition in concerned, adding that the threat of the terrorists of the Islamic State is still alarming. President Barzani also reiterated his position of support to the protests in Baghdad and the legitimacy of their grievances. 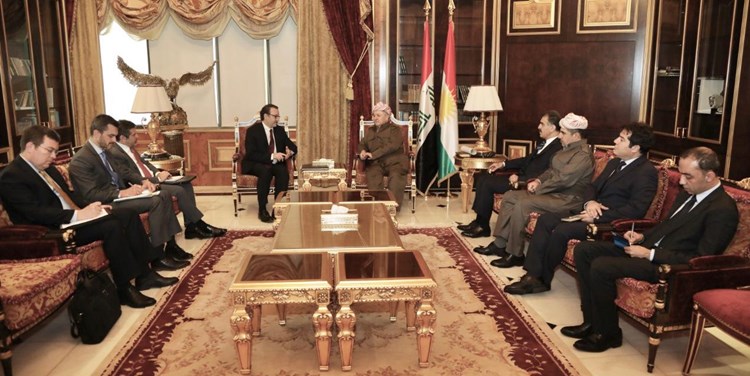 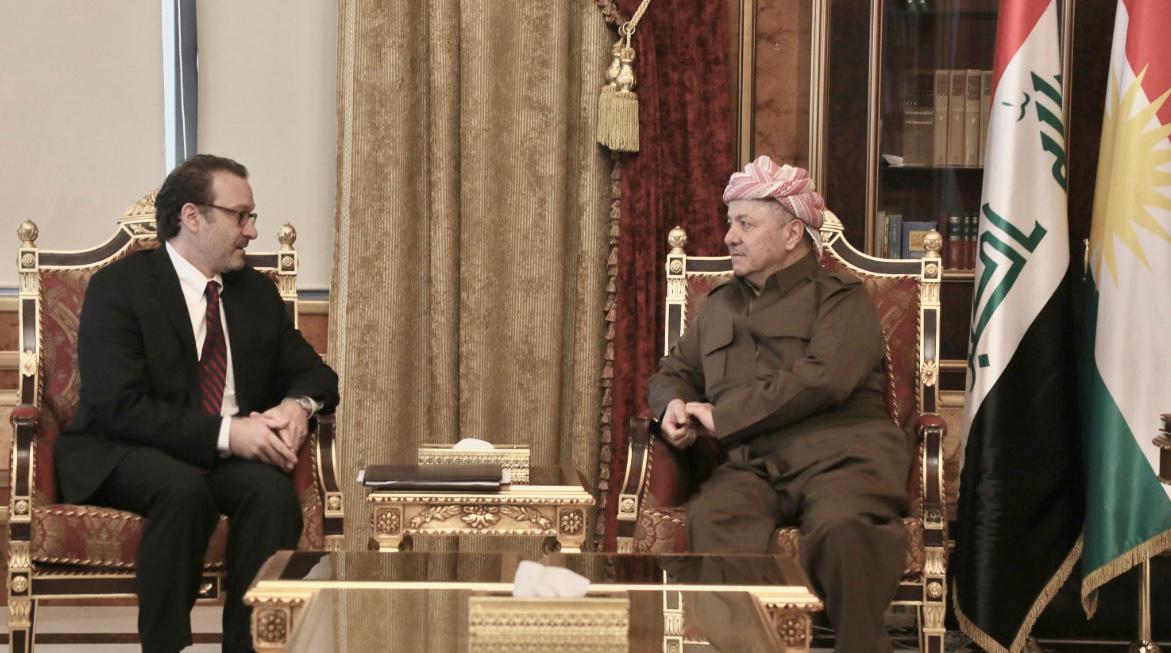 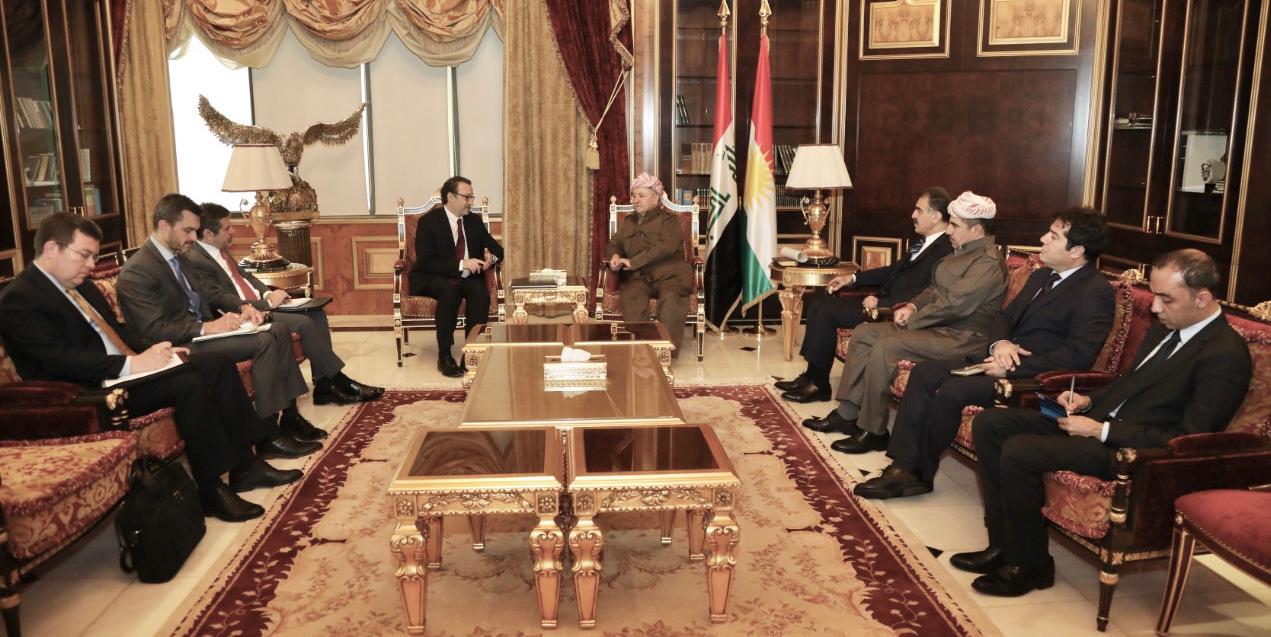