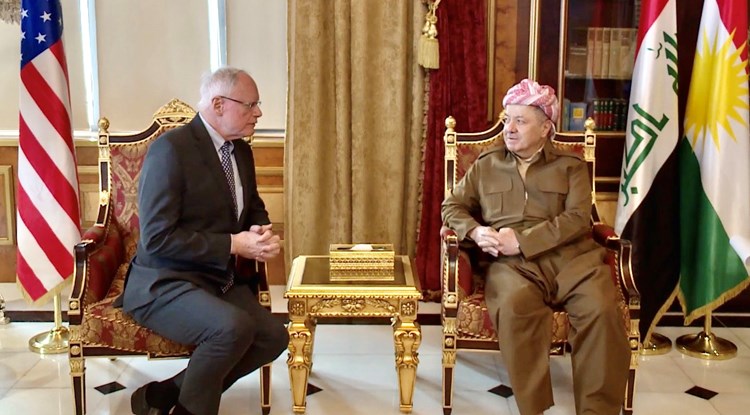 During the meeting, President Barzani and ambassador Jeffery exchanged views on the current circumstances in Iraq, particularly the protests in Baghdad and southern Iraq.

The two sides also discussed the situation in Syria, especially the situation of the Kurds there. President Barzani and the United States government delegation discussed the importance of not allowing any more tragedies to happen to the civilians of Rojava including any demographic changes which could lead to more catastrophic results in the future. They also spoke of the continuous threat of the terrorists of the Islamic State.

Both President Barzani and the US delegation concurred that the threat of the terrorists is still there in Iraq, Syria and beyond and that all sides must remain cautious.
Ambassador Jeffery expressed his condolences to President Barzani on the loss of Peshmerga forces in the hands of the terrorists of the Islamic State last week in the Khanaqin area. 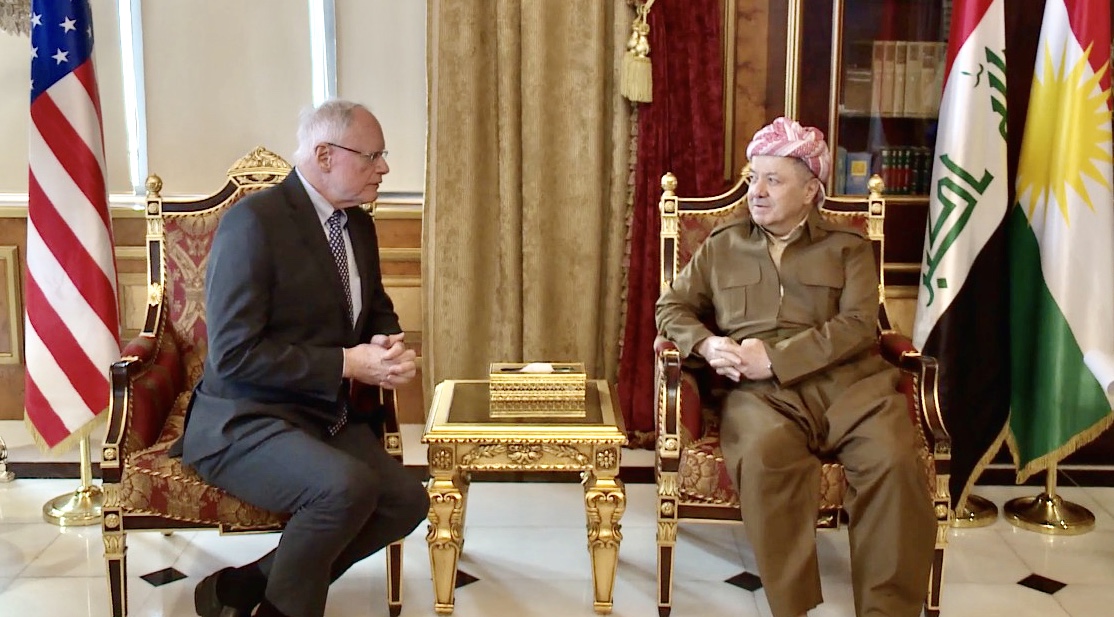