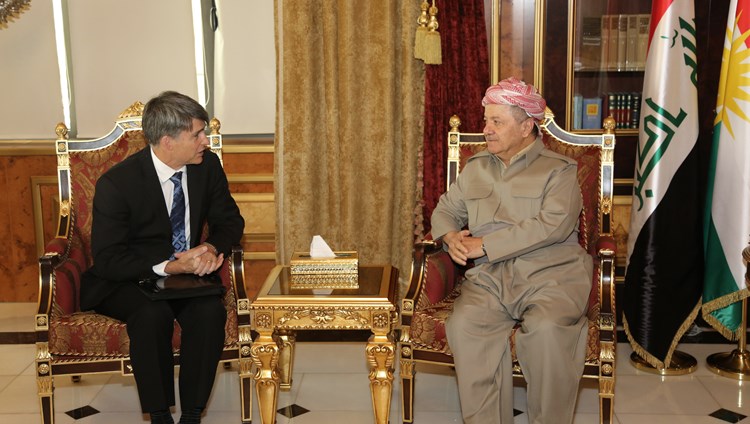 Salahadin, Kurdistan Region of Iraq, (Barzani Headquarters)- President Masoud Barzani received a United States government delegation headed by Brian McFeeters, the Deputy Chief of Mission in Iraq. During the meeting, President Barzani and Mr. McFeeters spoke of a number of recent developments especially the relations between Baghdad and Erbil.

The President and Mr. McFeeters also exchanged views on the situation in Kirkuk including article 140 of the Iraqi Constitution. President Barzani reiterated his position on the issue and stated that the statue quo n Kirkuk is not acceptable by the Kurdistan Region and cannot continue.

The two sides also spoke of the situation in Syria and particularly the situation of the Kurds in Rojava. President Barzani presented the U.S. delegation with his views on the future of Syria. 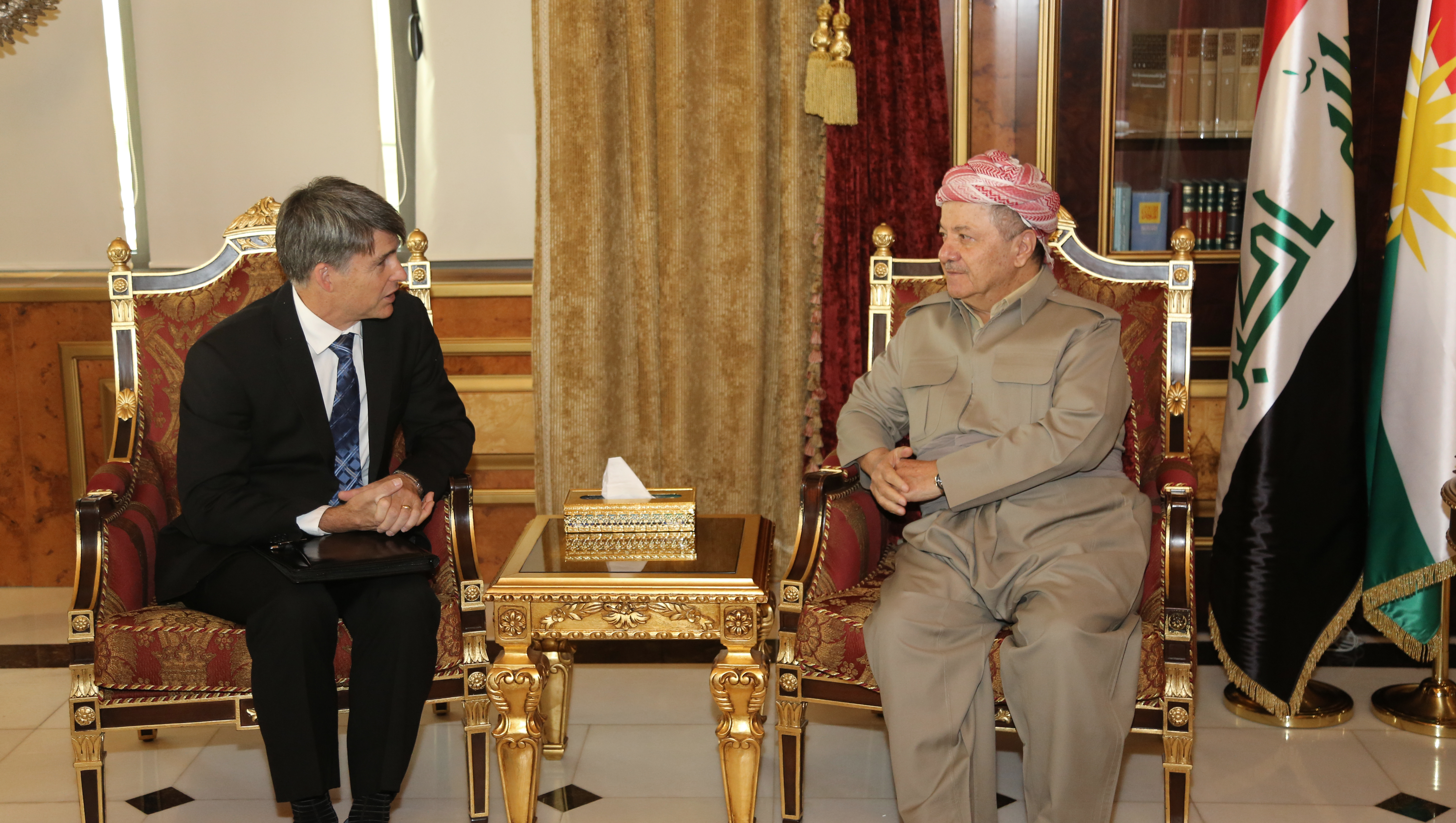